Seneca opened in 1967 as part of a provincial initiative to establish an Ontario-wide network of colleges of applied arts and technology providing career-oriented diploma and certificate courses as well as continuing education programs to Ontario communities. The province was responding to the increasing need for sophisticated applied learning as technology continued to change the nature of work and the provincial economy. General education was considered an important element in postsecondary education, and breadth courses continue to be a part of every program. In 2001 the colleges were granted the ability to offer baccalaureate degrees. Seneca is one of six colleges that can offer up to 15 per cent of its program activity at the degree level. 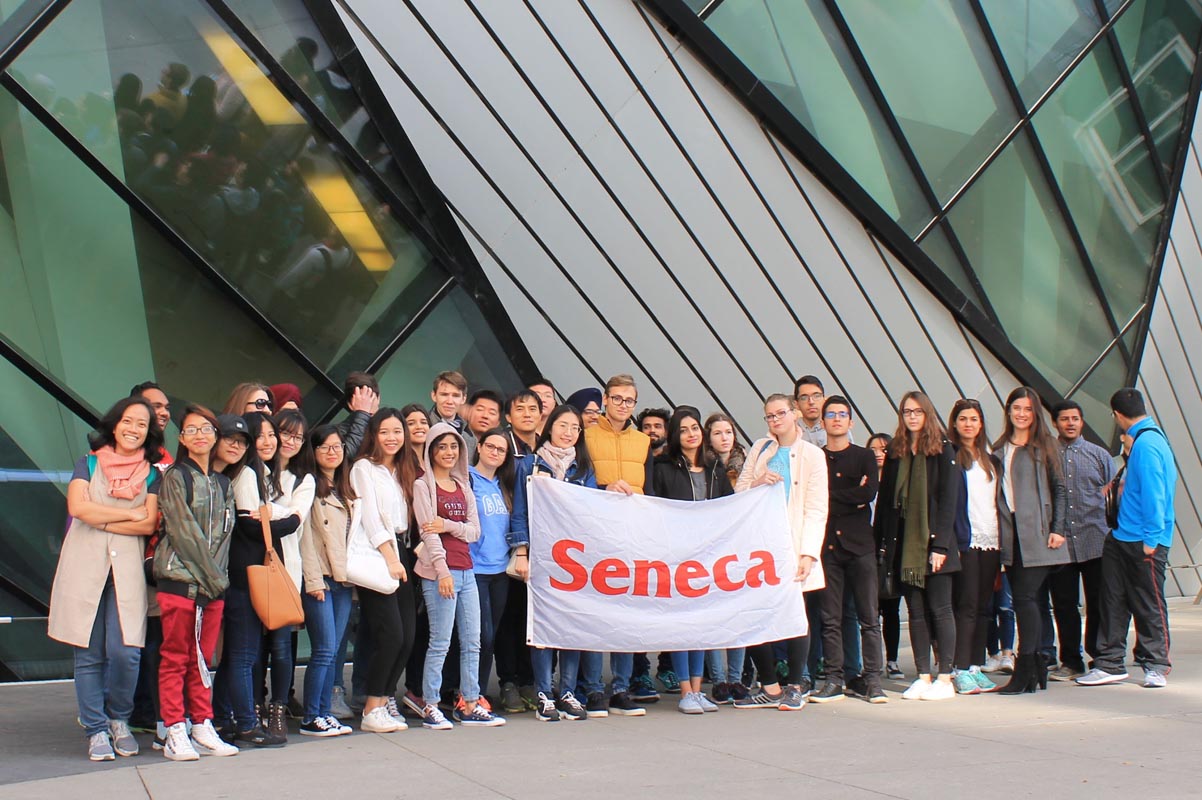 Newnham Campus’s 1,113-bed student residence opened in 1998.
The Newnham Campus is one of the largest college campuses in Canada. It is home to more than 11,000 full-time students in business, engineering, aviation, early childhood education, fashion, opticianry, information and communications technology and liberal arts. The campus, initially known as Finch Campus, was renamed in 1984 after founding president William T. Newnham, is also the site of extensive continuing education activity during the evenings and weekends. The campus also includes a 1,113-bed residence, sports centre and daycare centre. It is located west of the intersection of Highway 404 and Finch Avenue East.

The campus’s first building was opened in 1969 and over the years has involved various architects (William H.D. Hurst (Phase 1); John B. Parkin (Phase 2 with Searle, Wilbee and Rowland); Abram, Nowski and McLaughlin (arena)). In 1973 a 1,100 square foot domed planetarium was added to the Phase 3 section of the campus, but it has since closed.

In fall 2011, Seneca’s newest addition, designed for energy efficiency and environmental sustainability, was officially opened at the campus. The new building, designed by Craig Applegath of Dialog, features: three 80-seat classrooms; twenty-three 40-seat classrooms; fourteen 40-seat computer labs; a multi-purpose auditorium for 240 students that can be turned into a conference room or two 120-seat lecture halls; increased computing commons and library space; several new areas of collaborative student study and work space; a new “front door” for the campus and improved campus access for people with disabilities. The atrium in the new space was named after Frederick Minkler, Seneca’s first chair of the board of governors.

In 2019, Seneca’s Centre for Innovation, Technology and Entrepreneurship (CITE)opened at Newnham Campus, representing a major expansion to the campus