About The University of Regina

The University of Regina is well-reputed for having a focus on experiential learning and offers internships, professional placements and practicums in addition to cooperative education placements in 41 programs. This experiential learning and career-preparation focus was further highlighted when, in 2009 the University of Regina launched the UR Guarantee Program, a unique program guaranteeing participating students a successful career launch after graduation by supplementing education with experience to achieve specific educational, career and life goals. Partnership agreements with provincial crown corporations, government departments and private corporations have helped the University of Regina both place students in work experience opportunities and help gain employment post-study. 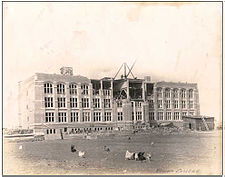 he University of Regina is a non-denominational university, which grew out of Regina College, founded in 1911.In direct response to the award of the University of Saskatchewan to Saskatoon rather than Regina, the Methodist Church of Canada established Regina College in 1911 on College Avenue in Regina, Saskatchewan, starting with an enrollment of 27 students; it was adjacent to the now long-defunct St Chad’s College (a theological seminary for the training of Anglican clergy) and Qu’Appelle Diocesan School, also on College Avenue. James Henry Puntin (architect) designed several buildings on campus including: Regina Methodist College (1910); East & West Towers (1914); Ladies Residence (1914); Gymnasium (1925); Power Plant (1927); Music & Arts Building (1928).In 1928, Darke Hall was built on College Avenue, [d]escribed…as “an admirable theatre, one which few cities can rival. 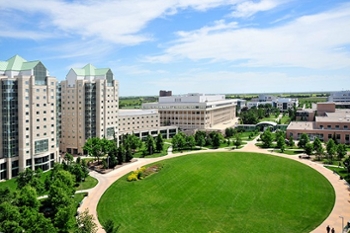 In 1934 Regina College became part of the University of Saskatchewan.The University of Saskatchewan a single, public provincial university created in 1907 was modeled on the American state university, with an emphasis on extension work and applied research. The governance was modeled on the University of Toronto Act, 1906 which established a bicameral system of university government consisting of a senate (faculty), responsible for academic policy, and a board of governors (citizens) exercising exclusive control over financial policy and having formal authority in all other matters. The president, appointed by the board, was to provide a link between the 2 bodies and to perform institutional leadership.[15] In the early part of this century, professional education expanded beyond the traditional fields of theology, law and medicine. Graduate training based on the German-inspired American model of specialized course work and the completion of a research thesis was introduced.

Regina College commenced a formal association with the University of Saskatchewan as a junior college offering accredited university courses in 1925 though continuing as a denominational college of the now-United Church of Canada, the successor to the Methodist Church. Regina College continued as a Junior College until 1959, when it received full degree-granting status as a second campus of the University of Saskatchewan.